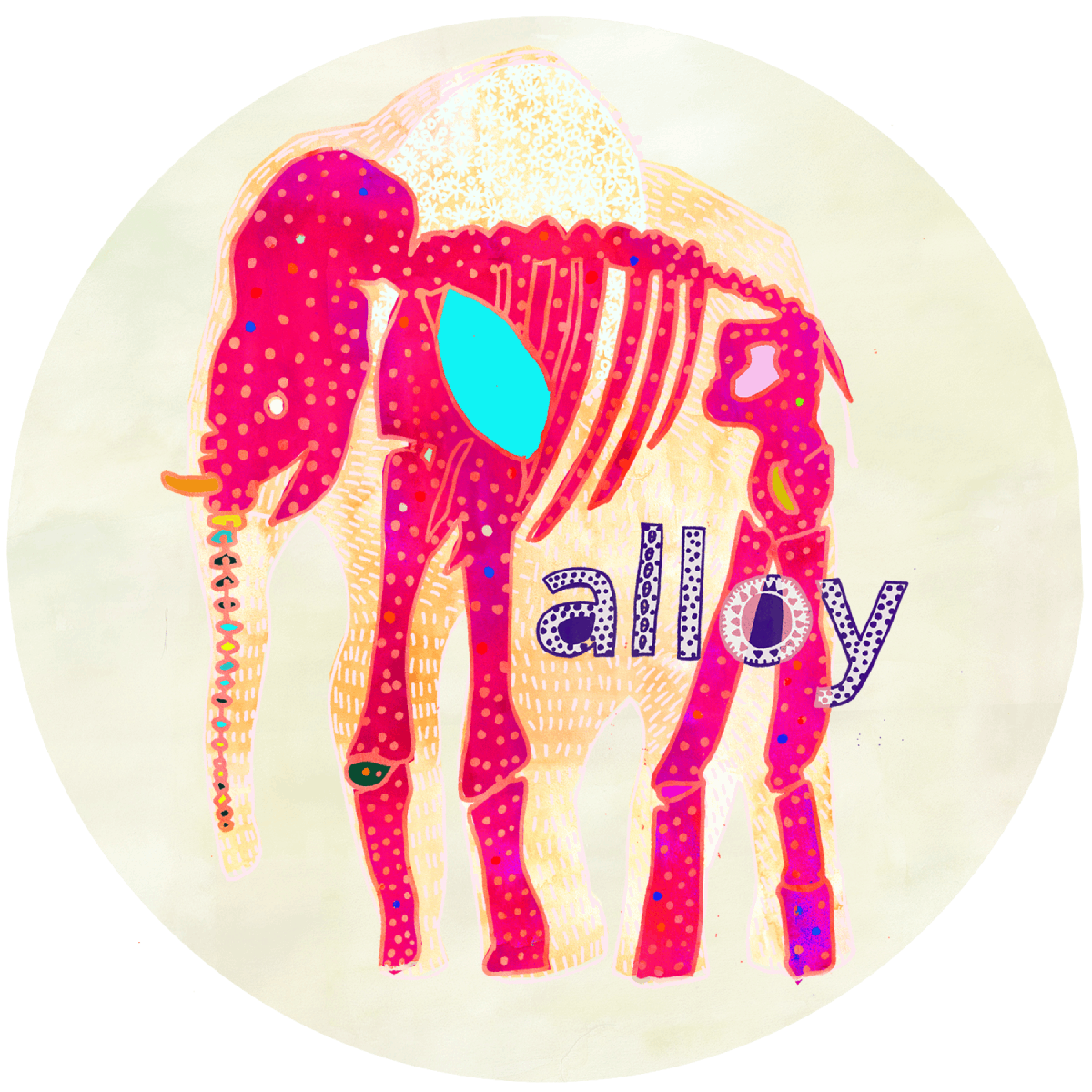 Alloy.dev is a development shop based in the Pacific Northwest. We cut our teeth building an eBay alternative marketplace in 2007 that grew to become Bonanza.com. A few years later we were named “Best Bootstrapped Startup” by voters in Seattle 2.0. We love to build genre-bending products that serve entrepreneurs, developers, and productivity enthusiasts.

We’re fine being referred to as simply “Alloy” (like our logo), but we hate names that are hard to Google unambiguously, so we’ll generally refer to ourselves as “alloy.dev” when given the chance.

A note taking and todo list app focused on optimizing one’s personal “ideas into reality” funnel. Amplenote provides a set of simple, combinable features that help smart people keep on top of all the competing priorities in their lives.

Amplenote’s vision of “success” is a world in which more people set long-term goals and spend more time working on what is most important to them. We strongly believe that the world won’t look back kindly on what seemed like great to-do list options in 2020.

Amplenote’s beta went live in early 2019 and it launched officially later that year. It has generated considerable attention as the best Roam alternative thanks to being the only app that supports the Zettelkasten Method with backlinking across every desktop and mobile platform.

An ecommerce marketplace that became 2020’s “Best eBay Alternative” (beating out Etsy, Poshmark and Mercari) in the largest seller survey online, conducted by EcommerceBytes. In the past few years, Bonanza has been named a “Best Company to Work For” by Seattle Business Magazine, while CEO Bill Harding was named an Entrepreneur of the Year Finalist by Ernst & Young. We’re passionate about creating opportunities for entrepreneurs to thrive without being beholden to Amazon.

Bonanza’s vision of “success” is a world in which entrepreneurs build a loyal following of repeat customers that return to their store time and time again.

Bonanza went live to customers in 2008.

GitClear provides engineering tools that measurably improve the quality & shipping velocity of code in a repo. We believe a joyful development experience starts with less rubbish legacy code, and continues by incentivizing documentation and test coverage. We help customers progress toward these goals via the first/only metric that can measure the cognitive load per commit in a consistent way across all programming languages. 😳

Having this metric opens the door for some unprecedented opportunities, like reducing code to review by 40% and isolating specific directories and files that harbor tech debt.

GitClear’s vision of “success” is a world in which developers have fun reviewing code, and don’t have to suffer through shitty, tech-debt-ridden projects that drain their energy.

GitClear went live to customers in late 2018, after three years of iterating on the Line Impact idea to get it good enough to not be embarrassing.

Alloy.dev was built on the premise that, on a long enough time horizon, truth beats hype. In a world rife with dark patterns and not-customer-centric policies, there will always be a niche for companies that make every reasonable effort to do right by their customers.

Our decision to develop multiple products was inspired by The Snowball, a book chronicling the life of Warren Buffett. He offers a canonical example of how to allocate resources effectively by investing in growth businesses via float generated by existing businesses.

See also this draft essay on the forces drive alloy.dev.

We are a team of about 20 hailing mostly from Seattle. Our expertise is listening to customers and evolving software quickly.

Bill is the CEO and Founder of alloy.dev. He has been obsessed by computer programming since 1992, when his parents splurged for a Packard Bell 486SX/33 with 4mb RAM and 310mb of hard drive space. He grew up in a flea-infested trailer with a leaky roof, on a 10 acre farm in a rural Washington town (population 4,300). These details are relevant to explain how, by the time Bill was 13 years old and enrolled in Computer Programming courses at his local community college, he had formed what was to become a lifelong belief: that no other hobby would ever be half as interesting as programming. The next best entertainment options at that time and place were so incredibly boring by comparison, this truth was plain and inescapable.

Lately, Bill has overseen Bonanza.com grow from a programming side project into a company that is consistently recommended over Amazon and eBay by sellers participating in the largest annual poll of ecommerce sellers. Bonanza’s efforts have been buoyed by an amazing team that share his conviction for “listening to the customer” and “proving we care through our actions.”

Jordan Phillips is the CTO and Co-Founder of alloy.dev. Jordan met Bill in 2005 while working on the smash hit “Disney Friends,” a Nintendogs clone that sold upwards of 10 copies worldwide. It was programmed real good though, Jordan definitely programmed the heck out of it.

A lifelong learner, Jordan started programming as a teen, writing Perl scripts that created message boards for a then-nascent world wide web. He went on to write C and C++ that could run on the 16mhz, 256kb environment afforded by Nintendo’s Gameboy Advance. He excels at bending scarce resources into a joyous user experience.

Jordan is an avid note taker, and enjoys sharing lists with his family. He prefers his IPAs on the piney side.

Greg joined Bonanza in 2020 wanting to go back to his Seattle roots in a start-up environment - leveraging his 20+ years of experience in Customer Service, Operational Excellence and eCommerce. He is inspired by simplicity, efficiency, and passionate customers. Greg enjoys spending time with his family, Seattle sports, and volunteering to coach his children’s athletic teams. Prior to Bonanza, Greg worked as the Director of Enterprise eCommerce at Terex Corporation. He also held several leadership positions in Operations and Customer Service at Amazon.com and Microsoft. Greg graduated from the University of Washington with a BA in Political Science.